As seen on RTE, this acclaimed documentary is based on John Phillip Holland, the revolutionary Irish engineer behind the first fully functioning modern submarine. John Philip Holland, recognised world-wide as the inventor of the first functioning submarine (built in the US in the 1890s), has largely been forgotten in his own country. His first submarines were financed by the IRB – by Irish revolutionaries like John Devoy and Jeremiah O’Donovan Rossa – in the early 1880s, yet less than twenty years later he designed what became the first US Navy submarine (the USS Holland I), as well as the first British, Russian, Japanese and Dutch submarine fleets.

The Clare born inventor was viewed as an equal by other innovators such as Edison and Diesel, and showed incredible grit and determination to earn the title bestowed upon him by the US Navy – the father of the modern submarine. 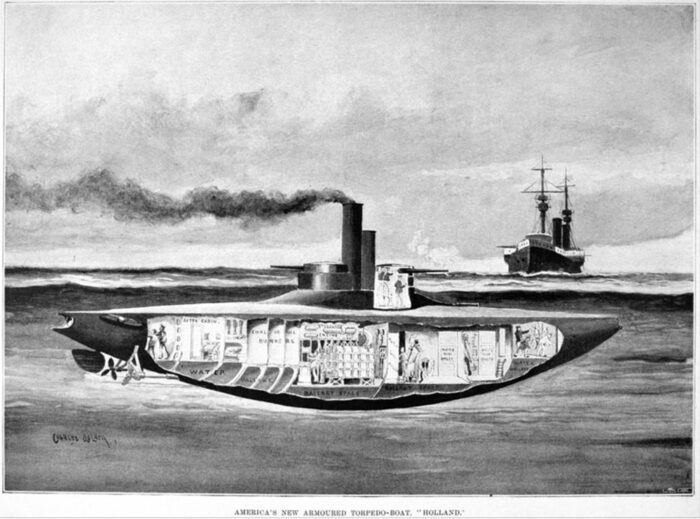